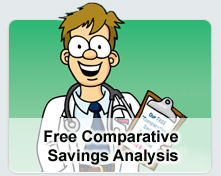 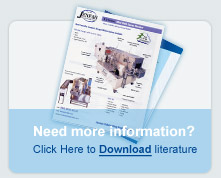 What is Spontaneous Combustion?

Each year, hundreds of fires occur in Coin Laundromats, most of which were found to have started in dryers, but also a significant number occurred under counters or in laundry carts. These fires often occur long after the clothes has stopped in the dryer. Spontaneous combustion can occur anywhere from coin Laundromats to huge tunnel power laundries. This article looks at the chemistry and physics of spontaneous combustion and how to protect your Laundromat by preventing fires in Coin Laundry Equipment.

Materials which can catch fire and burn are classified as either flammable or combustible, depending on the temperature at which they ignite. When dealing with liquids, this temperature is referred to as the flash point. The lower the flash point (the lower the temperature), the higher is the degree of flammability. For example, liquids which ignite at temperatures below 100°F, are considered to be flammable whereas those which catch fire and burn at temperatures above 100°F are combustible. For solids, such as cotton towels, rags or lint, the ignition point is referred to as the critical surface temperature.

Cotton, which is combustible, starts to decompose when the surface temperature reaches approximately 205°F and in the process, generates its own heat. For a point of reference, the normal "High Temperature" setting on a dryer is 190°F. This decaying process is accelerated when the fabric is tightly folded and placed in a confined area (like when someone over stuffs a dryer). Because it is hot, moist, and has no possible way to dissipate its heat, the oxidation continues to build upon itself, until the garment reaches the critical surface temperature and bursts into flames.

In order to prevent Laundromat fires, it's important to understand how fires work. There are three requirements necessary to support combustion as shown in the diagram:

In a dryer, the fuel can be garments, or more likely lint, which is easier to ignite. There are also several different types of fuel commonly found in Coin Laundries.

Cotton - By the very nature of the commercial laundry industry, linens, especially those with a high cotton content, are combustible either as clothes, towels, uniforms, rags or lint. The ignition point for these materials is referred to as the critical surface temperature. Cotton begins to oxidize at a surface temperature of 205°F.

Oxidization is the chemical process where one material changes into another and this decaying process creates its own heat. The oxidation process continues if materials are not allowed to cool down and are placed in carts or folded and stored tightly. Because of this hot and moist environment, oxidation continues. Oxidation will continue to build on itself until the material reaches critical surface temperature and self-ignites. Then we have a fire.

Contaminates - Another source of fuel in coin laundries is contaminates held in fabric either before laundering, or left in the fabric after laundering such as cleaning products, oils and fats. If the laundering process does not remove these contaminates from fabric, the opportunity for fire from spontaneous ignition increases significantly. Petroleum contaminants in fabrics will have a lower
flashpoint and will self-ignite at much lower temperatures.

The oxidizing agent is oxygen, which is present in air. So where does the heating source come from hours after the dryer is turned off? To better understand the process we have understand what is meant by oxidation.

What are Oxidation Reactions?

In a general sense, oxidation refers to the combination of a material with atmospheric oxygen, which results in the release of heat. As the temperature increases, so does the rate (or speed) of oxidation.

The rate of oxidation is proportional to the surrounding temperature (the higher the temperature, the faster the oxidation rate. For this reason, hours after the last employee has left, heat generation occurs at an accelerated rate and surface temperatures rise more rapidly, which initiates the fire.

Not all oxidation reactions result in the accumulation of heat. In some cases oxidation which is very slow at the beginning, is dissipated rapidly, and the temperature does not change in a measurable way. A classic example of slow oxidation is the combination of iron with atmospheric oxygen, resulting in the formation of rust. Unlike the oxidation of lint, iron is a good conductor of heat and so the heat is quickly dissipated.

So what is spontaneous combustion?

Spontaneous combustion is the occurrence of fire without application of an apparent heat source. In a hot dryer, oxidation of fabrics occurs more rapidly than at ambient temperatures. As oxidation proceeds, heat accumulates on the garments faster than it can be dissipated. The net accumulation of heat continues until the critical surface temperature is reached. At this point the garments are ignited and burn.

A Closer Look at Combustion in Coin Laundromats

Lint has a very fine particle size and this creates a greater surface area. Lint also does not dissipate heat very well and these two factors combine to lower the temperature at which lint can oxidize. For this reason, the small lint particles are more susceptible to spontaneous combustion than the whole garment. Heat can continue to accumulate over a period of hours until the critical surface temperature is reached.

A given weight of lint has thousands of times the surface area than a garment of equal weight. Since oxidation takes place at the surface, fine particles also offer more areas at which oxidation can occur simultaneously, which further contributes towards the accumulation of heat. The rate of oxidation depends on the surrounding temperature. As the temperature rises, so does the rate of oxidation. For this reason, instances of spontaneous combustion are greater in summer, and in warm climates.

What can you do to Prevent Spontaneous Combustion at your Laundromat Business?

Make sure that all your dryers have a couple minute cool down at the end of cycle. This will remove the excess heat and energy from the clothes and lower the oxidation rate. Allow enough time for all heat to dissipate before folding or bundling.

If access panels are removed, gaskets separated from lint compartments or drywall screw tears in the sides and top of the dryer will all allow the infiltration of cold air into the dryer before the temperature sensor. This infiltration of cold air tricks the dryer into thinking that the dryer needs more heat. In certain scenarios dryer cylinder temperature can become 25-50 degrees hotter than normal increasing the potential of a dryer fire. Make sure that your dryers are clean and all in good operating condition.